This is the inaugural timetable from Pride Air. The route map in the timetable is somewhat misleading - there weren't nonstop flights from New Orleans to Sacramento, Salt Lake City, San Diego, San Jose, or Sarasota. Rather, they were all one-stop markets.

This was an update from the Orlando Sentinel in early 1986:

HOPE SPRINGS ETERNAL. A $30 million finance package from foreign lenders that could have Pride Air flying again by April has been approved by a federal bankruptcy judge. New Orleans-based Pride Air has been grounded since Nov. 15, when it ran out of money. It filed for bankruptcy protection two weeks later, reporting debts totaling $7.6 million. Pride, which at one point in its 3 1/2- month existence served 16 cities from its New Orleans hub, plans to fly from Miami and Orlando to Los Angeles and Las Vegas, Nev., and by way of New Orleans. 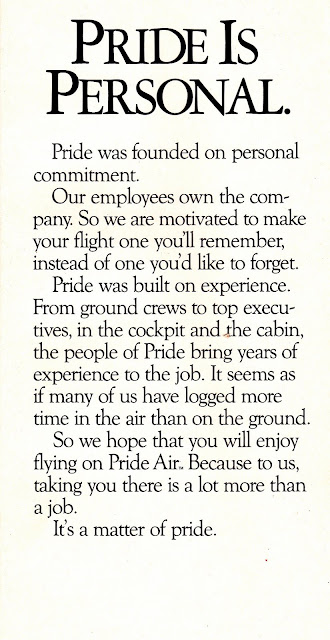 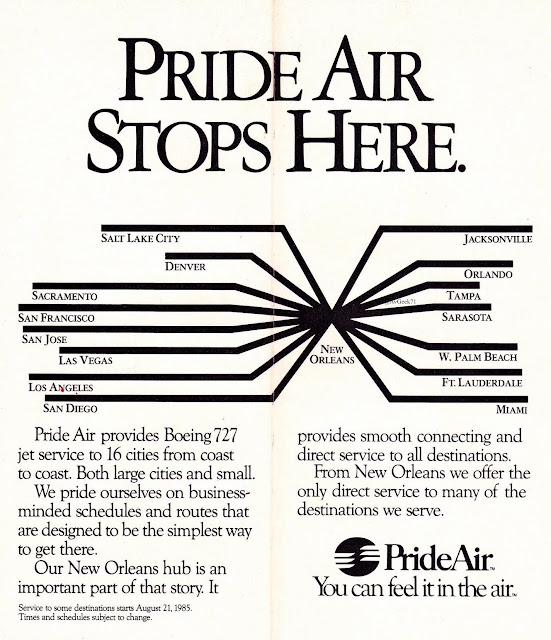 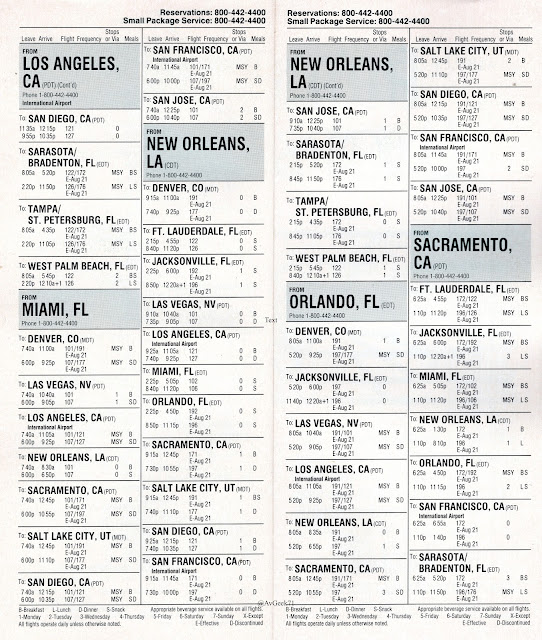 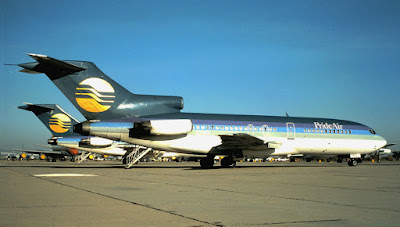