This timetable stands out for one thing: a total lack of marketing expertise on the part of United Airlines. Shuttle by United was a competitive response to Southwest's buildup of service on the west coast, and yet this timetable manages only to put a logo on the front cover and bury the details of the service on page 13.

The timetable totals 512 pages and there's not a single ad for Shuttle featured. However, three pages were dedicated to cargo information, including cargo container specifications.  I haven't seen that in any other airline timetable.

The Los Angeles Times wrote a great article about Shuttle vs. Southwest.  From the timetable, here are samples of a number of weekday flights in key Shuttle city-pairs: 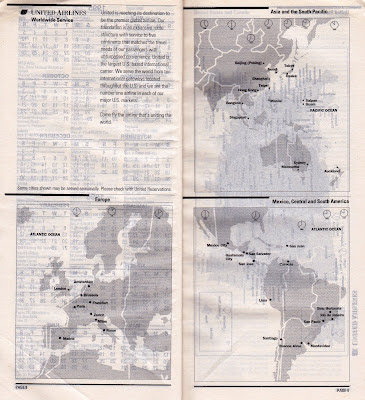 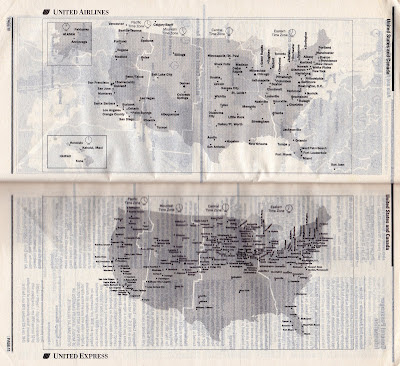 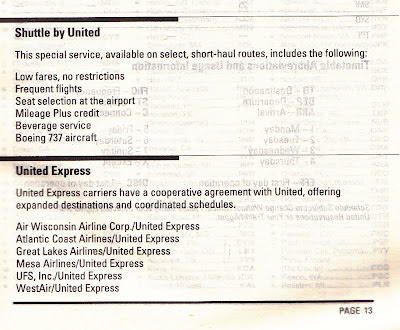 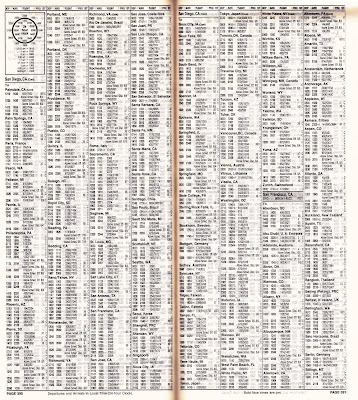 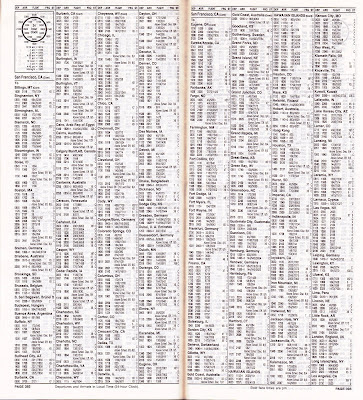 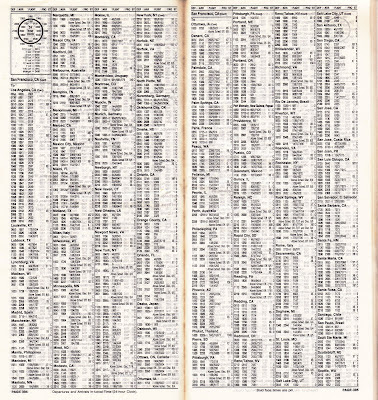 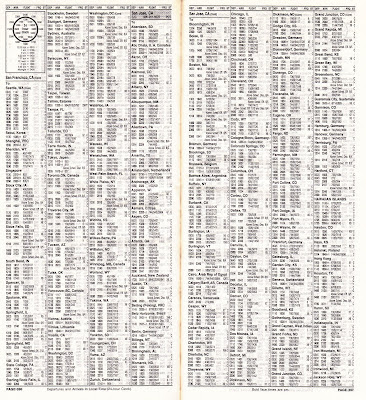 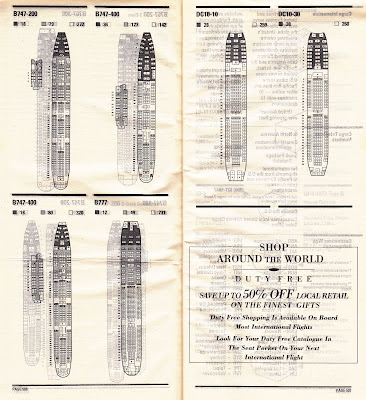 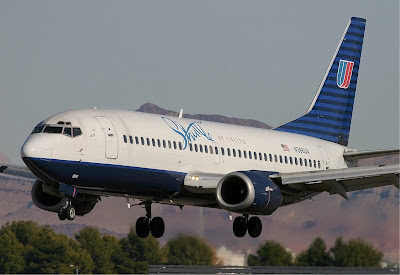 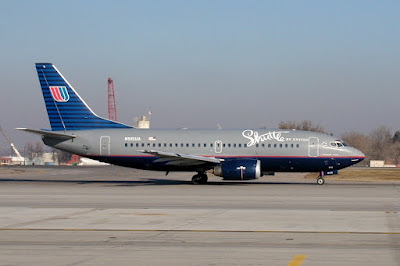